Skip Navigation
Home Blog Who Is at Fault in a Rear-End Accident in South Carolina?

Who Is at Fault in a Rear-End Accident in SC?

Rear-end accidents often leave victims with serious injuries. Even a rear-end collision that occurs at 10 or 20 miles per hour can sometimes result in serious, long-lasting injuries, pain, and other difficulties. Accidents that take place at greater speeds can cause catastrophic injuries that leave victims unable to work or enjoy the life they once knew.

If you have been hurt in a rear-end accident through no fault of your own in South Carolina, contact the knowledgeable car accident lawyers of McKinney, Tucker & Lemel, LLC, today for a free consultation. Our dedicated legal team is here to listen to your story and explain all your legal options. We will work quickly to investigate your crash and prove who is responsible for your injuries.

How Often Do Rear-End Collisions Happen in South Carolina?

Rear-end collisions rank among one of the most frequent types of motor vehicle accidents in South Carolina and across the country. Rear-end accidents account for as many as one-third of all auto accidents, representing thousands of crashes in South Carolina each year. For example, in one recent year, 10,791 accidents in the state were reported to have been caused by one vehicle following another vehicle too closely.

Although a rear-end collision can have any number of causes, some of the more common reasons include:

Heavy or stop-and-go traffic conditions often lead to rear-end collisions, as drivers are packed in close to one another. Gridlock also causes drivers to become frustrated or angry.

Is the Driver Who Rear-Ended the Other Driver Always at Fault?

The driver in the back is often presumed to be at fault for causing a rear-end collision. However, in some cases, the leading vehicle may bear some of the fault for the crash. In other instances, a third-party may share in the responsibility.

Drivers in the rear vehicle are normally held responsible for rear-end collisions because they are expected to keep sufficient distance from the vehicle in front. However, a driver in front may be partially or fully at fault if he or she does something that leaves the rear driver without sufficient space or warning to slow down and stop.

For example, the front driver may suddenly and unexpectedly slam on the brakes (sometimes called “brake-checking”). Under certain circumstances, this may constitute an unsafe or reckless maneuver, especially when the driver has no reason to brake. Or the front driver may make an unsafe lane change and “cut-off” a rear driver, leaving the vehicle in the rear insufficient time and space to react before a collision occurs.

In some cases, defective auto parts or systems such as bad brakes may be to blame for a crash.

Can Both Drivers Be Held Liable in a Rear-End Crash?

In South Carolina, both drivers in a rear-end collision can share fault for causing the crash. South Carolina follows a “modified comparative negligence” rule. This means that an injured plaintiff is not barred from recovering compensation even he or she bears some fault for causing a crash, so long as the plaintiff is not judged to be 51 percent or more responsible for the accident. If eligible for compensation, a partially-at-fault plaintiff’s recovery will be reduced by his or her share of fault.

What Injuries Can Result from a Rear-End Collision?

Certain types of injuries are more commonly associated with rear-end accidents, including:

Even a rear-end accident that occurs at seemingly low speeds can lead to these injuries and require weeks or months of rehab and treatment, including surgery.

What Compensation Can You Recover for Your Injuries in SC?

If you’ve been injured in a rear-end accident that wasn’t your fault, you may be entitled to compensation for your injuries and damages. This may include payment for:

Of course, you may also be entitled to seek compensation for the damage caused to your vehicle by the accident.

If you have been injured in a rear-end collision, you need experienced legal representation in your corner. Let our rear-end car accident lawyers help you demand fair and full financial compensation for your losses.

Talk to a Rock Hill car accident attorney at McKinney, Tucker & Lemel, LLC, today in a free case evaluation. We can discuss the details of your accident and explain your legal rights for pursuing financial recovery for your injuries and damages. 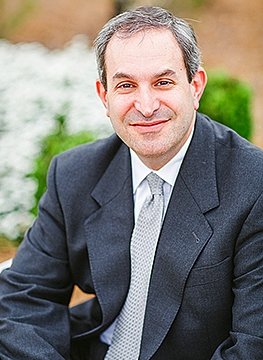 Gary C. Lemel is a graduate of Vanderbilt University and Wake Forest University School of Law who has deep background as a criminal defense attorney in Rock Hill. Over the course of his career, he has handled everything from traffic violations to death penalty litigation. His current practice spans multiple counties and focuses on cases involving driving under the influence, drug charges and high-level felonies. He has served on the board of the South Carolina Association of Criminal Defense Attorneys and as a member of the South Carolina Bar’s Judicial Qualifications Committee and Public Defender Standards Committee. He was recently named a Lawyer of the Year from the S.C. Bar’s Law-Related Education Division for his work preparing middle and high school students for mock trial competitions.

Hiring for a Successful Client Relationship